TOKYO — As U.S. Secretary of State John Kerry arrives in Japan, Prime Minister Shinzo Abe is making waves. Known for his aggressive efforts to revive Japan’s economy, his nationalist rhetoric and his openness to military strength, he is also pushing Japan toward a new assertiveness on human rights.

Despite a vibrant democracy at home, the diplomats who guide Japan’s foreign policy are famous for their caution on human rights. To avoid interrupting friendly relations with other countries, harming Japan’s economic interests or risking criticism of Japan’s war record, they discuss human rights, if at all, only quietly, behind closed doors. Tokyo generally votes with its Western allies on human rights matters at the United Nations, but almost never takes the initiative, fearful of sticking its neck out.

Abe may be changing that. Soon after coming to power, he ordered Japanese diplomats to take the lead on an effort at the U.N. Human Rights Council to establish a commission of inquiry to collect evidence of North Korea’s crimes against humanity.

Japanese governments have long faced domestic pressure to resolve the cases of its citizens whom Pyongyang abducted decades ago, apparently to teach Japanese language skills to Korean spies. But to back the U.N. initiative, Abe effectively had to accept that the abductees’ fate reflected the systematic denial of the rights of everyone in North Korea. That’s a reasonable conclusion, but no prior Japanese government had been willing to reach it.

Many other governments were lukewarm about a commission of inquiry for North Korea. Some disliked the (modest) expense. Others questioned its utility. Others may have feared diverting attention from the North’s nuclear program.

Working with South Korea, Japan confronted this skepticism. And it succeeded. Last month, the Human Rights Council unanimously launched a commission of inquiry. North Korean leaders are now on notice that evidence of their criminality will be officially collected, meaning possible international trials if they do not change their ways.

This new assertiveness on human rights was foreshadowed in a speech that Abe gave in January. He embraced a foreign policy built around “the fundamental values of freedom, democracy, basic human rights, and the rule of law.” A Japanese leader has rarely made such a call, let alone acted on it.

But Abe has his work cut out for him in implementing his vision. Last month, Japan’s powerful foreign-policy bureaucracy resisted a parallel U.N. resolution on Sri Lanka’s failure to seriously investigate indiscriminate attacks by its military that caused up to 40,000 civilian deaths in the final months of its conflict with the rebel Tamil Tigers four years ago.

The resolution passed overwhelmingly. But Japan, acting with its traditional caution, abstained.

We asked Japan’s leading diplomat on Sri Lanka how Japan could be so out of step with its peers. He offered various excuses, but the main factor seemed to be a desire to maintain good relations with Sri Lanka, despite the lack of evidence that Japan’s quiet diplomacy has more influence than the U.N.’s visible pressure.

Perhaps Japan’s greatest human-rights challenge is China. Given Japan’s war record, it has had a particularly difficult time raising human rights concerns in China, but after nearly 70 years, it is time for a strong leader to overcome this obstacle.

Like many others, Japan limits the topic to a roughly once-a-year “human rights dialogue.” It typically involves bureaucrats meeting with no outsiders present and little revelation of what was said. For the rest of the year, senior officials can cite this charade to avoid addressing China’s repression themselves.

The result does no good for the rights of the Chinese people — or Japan’s reputation. The Chinese people are left to think of Japan as preoccupied with allegedly trying to steal “their islands” but indifferent to their rights. In an age of Sina Weibo, a Chinese version of Twitter, and government-permitted attacks on the Japanese Embassy, Chinese public opinion matters.

For decades, Japan’s foreign policy has been built around the country as a donor nation, with few strings attached. Japan has been extraordinarily generous, but China can now play that game as well, with even deeper pockets.

Abe seems to recognize that Japan has been squandering its greatest foreign-policy asset — its democracy. Building a foreign policy around promoting democracy — and the rights essential to it — will require overcoming the sclerotic perspective of the foreign ministry mandarins. The response to Japan’s North Korea initiative shows that much of the world will welcome Tokyo assuming such a leadership role. John Kerry should encourage that.

Kenneth Roth is executive director and Kanae Doi is the Japan director of Human Rights Watch. 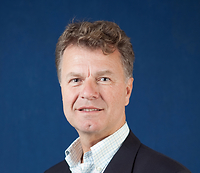 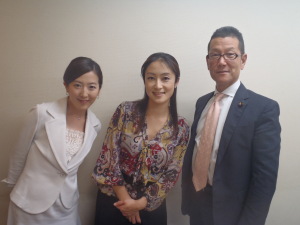 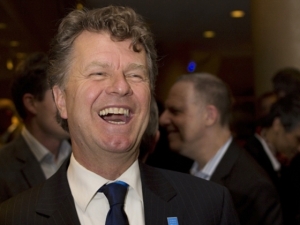